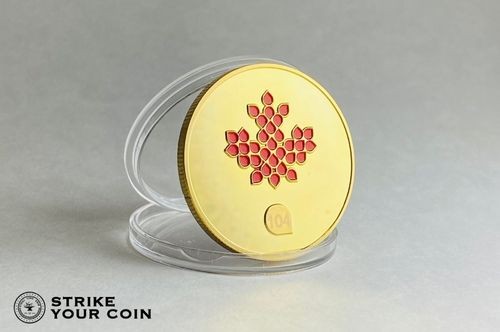 If you're new to the world of custom challenge coins, you may be wondering where to start. In this article, you'll learn about the significance of having a challenge coin, its meaning, and other details you may find helpful. Challenge coins are a great way to show your patriotism, commemorate an event, or just show off your personality.

Get accustomed to custom challenge coins by checking this article.

What Are Challenge Coins?

Challenge Coins are custom coins that are created for a specific purpose. Challenge Coins can be used for a variety of things, but they are most commonly associated with the military and dedicated public servants. Challenge Military Coins are traditionally given to members of the military who have completed a particular challenge or mission.

These coins usually have the emblem of the unit or branch of the military on them. They may also have a phrase or motto that is significant to the unit. Challenge Coins are also often given to guests at military functions or events.

They are a way to show appreciation for someone's service to the country. challenge coins can also be purchased by anyone. They make great gifts for military members and veterans. They are also a nice way to show support for the military. Whether you are looking for a custom coin or a challenge coin, challenge coins make a great addition to any collection. 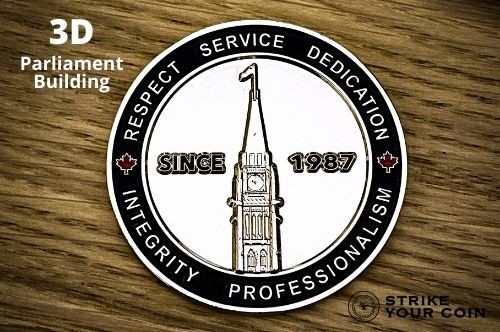 The history of challenge coins is a bit of a mystery. There are many stories about how the tradition began, but the most likely explanation is that it started during World War I. At that time, commanders would give out coins to their troops as a way to boost morale and show appreciation for their service.

The coins often had the unit's insignia on them, and they were highly prized by the soldiers. Over time, the tradition spread to other branches of the armed forces, and today challenge coins are collectibles.

They are also popular gifts for military members and veterans. Whether you're looking for a piece of history or simply want to show your support for the troops, challenge coins make an excellent addition to any collection. 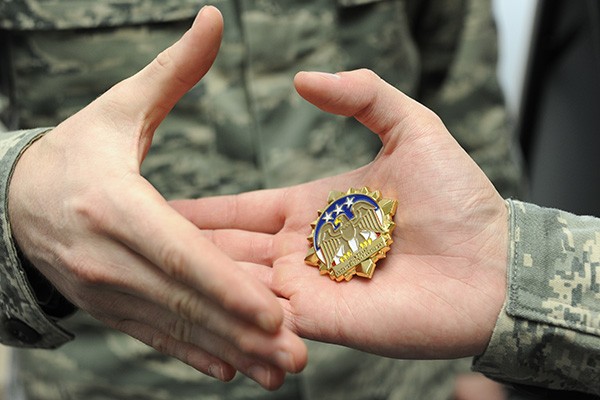 What Does It Mean to Receive a Challenge Coin?

Challenge coins are a time-honored tradition in the military. They are exchanged between members of the same unit to show camaraderie and strengthen bonds. Challenge coins also often have special meaning to the individual who receives them.

For example, a coin may be given to mark a significant event or accomplishment or to show appreciation for someone's service. Challenge coins are also often exchanged during friendly competitions, as a way to show off one's unit pride. Challenge coins can be customized with unit emblems and symbols, making them unique to each unit. challenge coins are an important part of military life, and receiving one is a distinct honor.

Custom challenge coins can be made for any group or organization, including civilians. Whether you are looking to commemorate a special event or show your support for the troops, custom challenge coins are a great way to do it. And best of all, they can be designed to reflect your own personal style. So if you're looking for a unique and meaningful gift, consider giving Custom Challenge Coins a try. 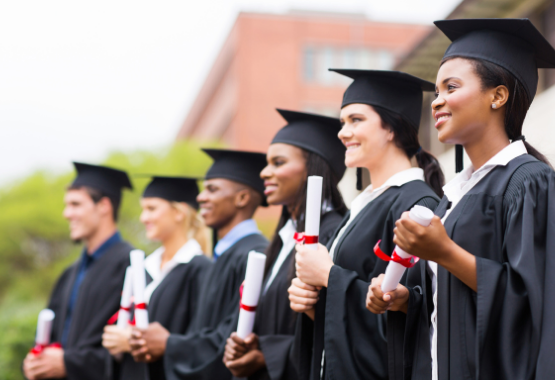 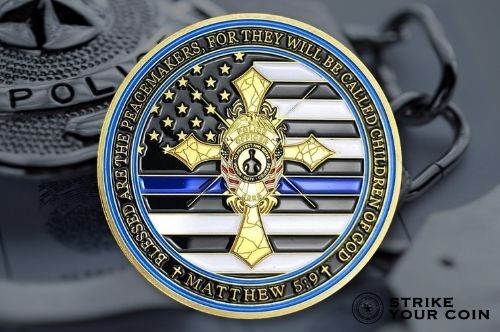 What does a challenge coin symbolize?

Challenge coins have been around for centuries, and they have come to symbolize a variety of things. For military units, a challenge coin can represent camaraderie and esprit de corps. They are often given to new members as a way of welcoming them into the unit. A Challenge coin can also be used as a way of showing appreciation for a job well done.

In some cases, challenge coins are even used as a form of currency, offering a discount or freebie to the person who holds the coin. Whatever their specific meaning, challenge coins are always a cherished possession. They remind us of our accomplishments, our friends, and our time spent in service. Challenge coins are more than just pieces of metal - they are symbols of pride, honor, and loyalty.

How Much Does it Cost to Make a Challenge Coin?

The answer depends on a number of factors, including the size of the coin, the number of colours involved, and the level of detail required. For example, a simple coin with no colours and minimal design elements can cost as little as $0.50 per coin.

However, a more complex coin with multiple colors and intricate details can cost upwards of $5 per coin. Of course, the price also varies depending on the quantity ordered. The more coins you need, the lower the price per coin will be.

So if you're looking to create challenge coins for your organization or business, custom challenge coins are an affordable option that can help promote team spirit and build morale.

Here are the typed of customizable challenge coins that might inspire you to get one:

Corporate coins are a popular type of challenge coin that is used as a marketing tool to promote a company or brand. These coins are usually made from high-quality materials and feature an attractive design that includes the corporate logo. Corporate coins can be given to employees, customers, or clients as a way to show appreciation or to promote loyalty.

For example, unit members who have been given custom military coins by their commanding officer may use them to buy drinks for their buddies at the local bar. Military coins are an important part of military culture, and they often hold great sentimental value for those who receive them.

Challenge coins have been around for centuries and Marine Corps Challenge Coins are among the most popular. Challenge coins are given to members of the military, coast guard, law enforcement, and other first responders as a way to show appreciation for their service. These challenge coins can be customized with logos, text, and images, and they are available in a variety of sizes and shapes. Marine Corps Challenge Coins are a great way to show your appreciation for the men and women who have served our country. Challenge coin customers can be sure that they are supporting the coast guard and value the sacrifices made by our military members when they purchase one.

We make it easy to create Custom Lapel Pins

And here is what our customers say: 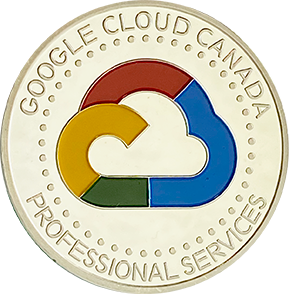 I had very short notice to design and mint some coins during the holiday season. When I gave them my desired delivery date, they clearly explained the latest that we could submit the design. They also helped me flesh out some ideas before finally deciding on a final one. They were very responsive even throughout the holidays, and were able to help design, mint, and deliver the coins just in time for Christmas. Thanks for all the help! 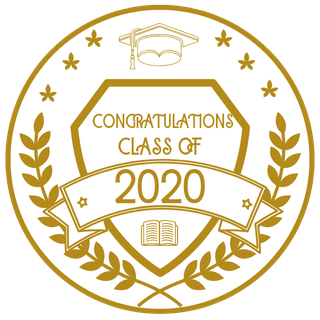 Strike Your Coin was a fantastic help to the Terry Fox Secondary after-grad committee in creating a special momento for the Grad Classof 2020 during the disappointing cancellation of all of the usual grad celebrations due to Covid 19. Artur designed a fantastic coin using the input we had given him and went above and beyond to ensure they were manufactured and delivered in time for the schools alternate drive thru commencement. Not a simple task considering the short turn-around time! The coins are stunning and will be a meaningful keepsake that the grads will have for years to come. Thank you Artur for your hard work and contribution to what will turn our to be a very memorable grad after all! 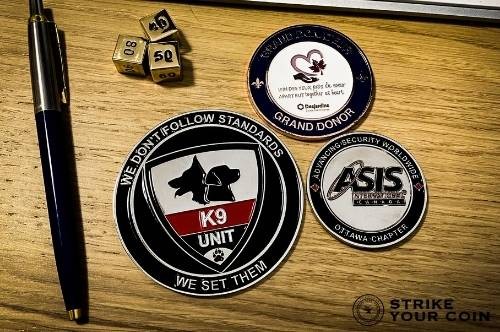 We Love Crafting Your Next Custom Military Coins and More!

Crafting the finest quality challenge coins for your organization is always the passion of Strike Your Coin. Whether it's an air force challenge coin, navy coins, corporate coins, army challenge coins, or any custom coins you desire, our professional designers make it happen.

© Copyright. All rights reserved. All coin photos on this site are for illustrative purposes only and are not for sale. All symbols, logos and slogans depicted are registered trademarks of their respective owners.